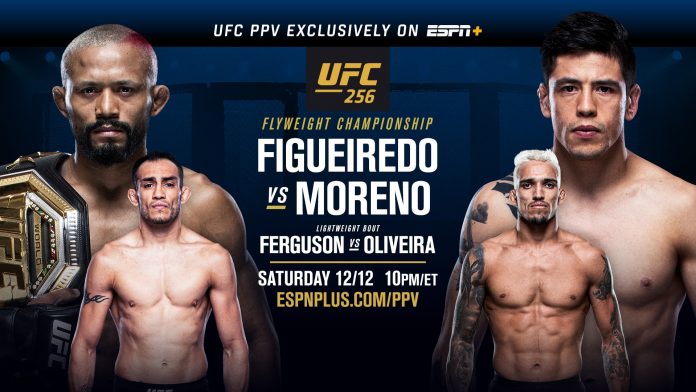 UFC 256 went down on Saturday night at the APEX Center in Las Vegas. The UFC’s last PPV of the year saw non-stop action from start to finish, concluding in a potential fight of the year in the main event. Deiveson Figueiredo and Brandon Moreno went toe-to-toe for five rounds, resulting in a majority draw. As a result, the ‘God of War’ left the Octagon as the flyweight champion.

In the co-main event, Charles Oliveira put on a masterful performance, dominating Tony Ferguson for 15 minutes to win a unanimous decision. Elsewhere on the main card, Mackenzie Dern edged a unanimous decision against Virna Jandiroba, and Kevin Holland and Ciryl Gane both scored finishes against ‘Jacare’ Souza and Junior dos Santos, respectfully.

Tecia Torres defeats Sam Hughes via first round TKO (5:00) – Due to doctor’s advice