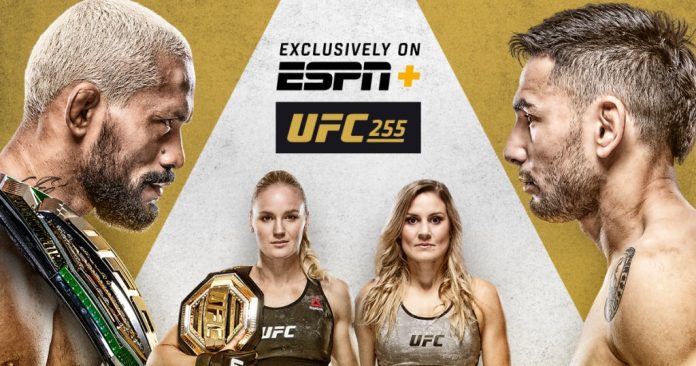 UFC 255 went down on Saturday night at the APEX Center in Las Vegas. The promotion’s penultimate PPV card of the year featured both flyweight titles on the line. In the main event, Deiveson Figueiredo got the job done in under two minutes, beating Alex Perez via a slick guillotine choke.