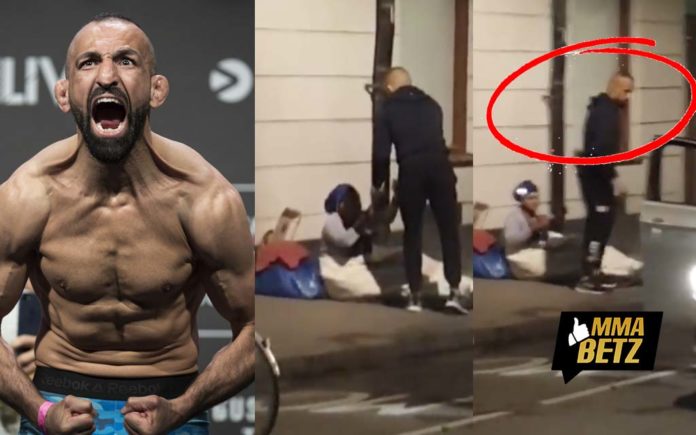 Retired Swedish MMA fighter and UFC veteran Reza “Maddog” Madadi announced at the end of May that he would put his gloves on the shelf after a long and successful career. Now the MMA profile has found a new call in life; provide food for the homeless in the Stockholm area.

It was during the past weekend that a Stockholm resident saw a couple of men handing out food to some homeless during night time. MMA fans could quickly see that one of the people in question was Madadi, so MMAbetz contacted the former UFC lightweight to see if the information was correct. Madadi tells in an interview with MMAbetz.com that he is in the picture and that he has done this several nights during the week for over 2 years. He and some friends usually make sandwiches and brew coffee, then go out to Stockholm night and hand it out to the homeless.

”It all began in connection with the terrorist attack in Stockholm two years ago. Some friends and I decided to help and distribute some food, fruit and coffee to police officers, firefighters, ambulance drivers and others who worked around the terrible attack. I wanted to drag my straw to the stack and show my support to anyone who worked day and night during the junk hours after the attack. I wanted to help in some way, and show that we are all together in this, that we are all against terrorism.”

In connection with this, Madadi came in contact with Jeanette Höglund, the founder of the relief organization at “Din Sida”.

”Jeanette saw what I was doing and told me about her project, where she went out and handed out food and drink to homeless seniors. I followed her on one of her rounds and was taken by what I saw. There were older people who didn’t have food or capping over their heads. People who built this country, and this is the thanks they get.”

After seeing the homeless situation with their own eyes, Reza decided to start helping. When “By your side” did not go out on their rounds all nights, Reza chose to go out the other nights.

”We started going out shortly after the meeting with Jeanette and have now gone 4-5 nights a week every week for over two years. We are a group of 5-8 people who work in shifts, but I go out every night when I am in Stockholm.”

They are mainly aimed at pensioners, but they do not discriminate against anyone. During the Swedish Mid-Summer Eve, there were some tourists, including a family, who were stuck in the city and couldn’t find a place where they could buy food. Reza then chose to give the family some sandwiches.

”We do not discriminate against anyone. Everyone is human and in my eyes equally worthy. We prioritize older people, but never say no to anyone who are in need of food.”

Madadi and his friends stand for the party themselves and do not want any gifts from outsiders. If you want to help you can either join Madadi out on one of his rounds or help with donating clothes, toys and the like to the needy. One of those who followed Madadi on the excursions is the fellow training partner and friend, UFC-fighter Alexander “The Mauler” Gustafsson. 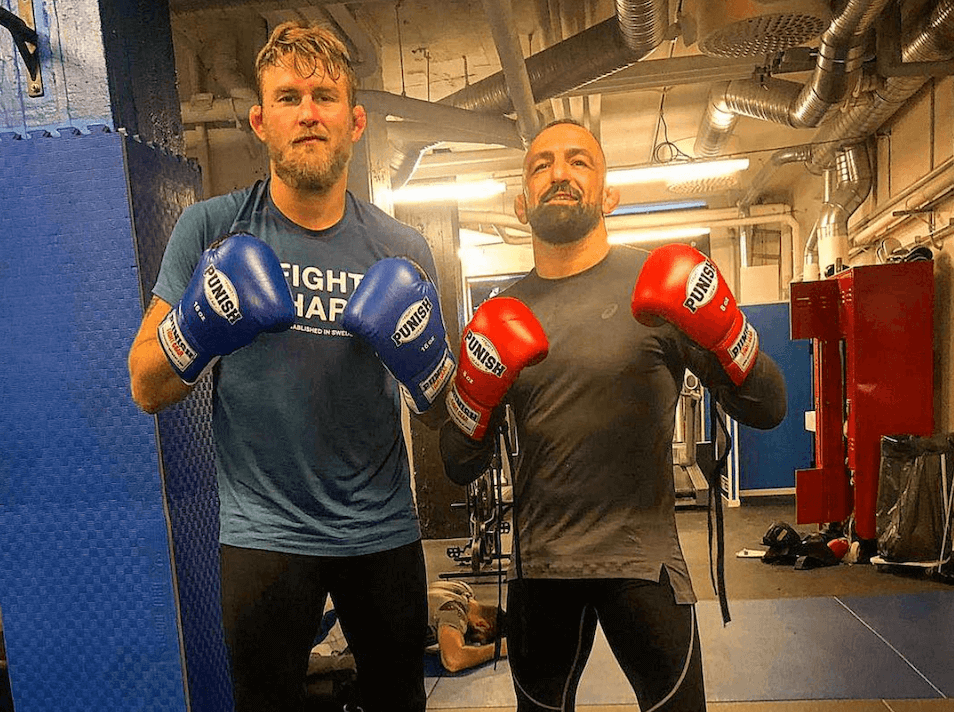 ”I don’t want people’s money, I don’t do it to start a relief organization like that. I cook the food myself, brew the coffee and run out on my own. If you want to help or support us then just hook up one night and do it. Alex (Gustafsson) has been hanging out for once. But we do not accept money. During the winter, however, we can receive clothes that people want to donate, it helps.”

The former MMA fighter, who was one of the first Swedes to get a contract with the UFC, has not been putting up any of this on his social media accounts, though, which is self-chosen. He does not want the whole thing to be perceived as an “attempt to get a lot of “likes” on Instagram”, as he himself says. He does it because he wants it and something he loves to do.

”I have been doing this for two years, and almost no one knows about it. I am not directly a silent or media-shy guy, but on the contrary if I had wanted I would have screamed about this so that everything and everyone had known about it. But I don’t want it. This is something personal to me. I just want to help people in need. Now a video clip appeared on me when someone was filming on one of our rounds, and you (the media) got to know it all.”

Now that Madadi has put his gloves on the shelf for good, he will continue his volunteer work, trying to extend the project to other cities.

“- We will start a Facebook page, “Medmänniska”, where we will help others who want to help our homeless people. Hopefully we will be able to do the same in other Swedish cities. It doesn’t take much to make our fine country” a better country.”

Finally, Madadi thanks all the fans who supported him for the decision to hang the gloves on the shelf. Now he looks forward to living family life and helping the homeless as much as he can.