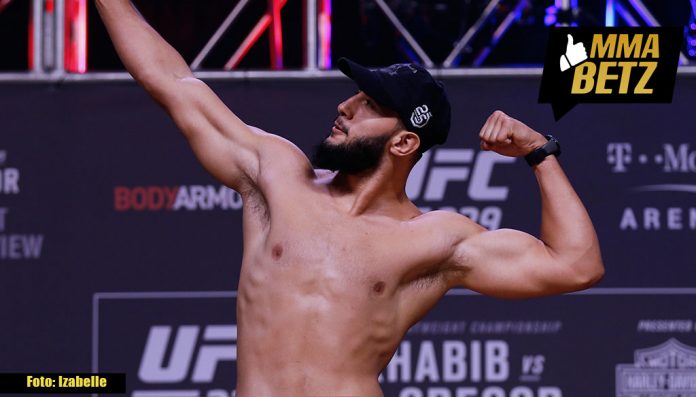 Top UFC light heavyweight contender Dominick Reyes, believes that Jon Jones is avoiding him at all costs. The pair first shared the Octagon at UFC 247, where the challenger impressively outstruck the champion but ultimately lost out to a controversial judges’ decision. ‘The Devastator’ has appealed for a rematch ever since but is yet to receive a reply.

Jones recently announced his retirement via Twitter, following failed negotiations for a superfight with the destructive Francis Ngannou. A move which distances Reyes further away from his prized target.

Speaking to Chael Sonnen (transcribed by MMA Junkie), Dominick aired his frustrations over the delay.

“It was obvious man, that last fight was a dog fight and I took it to him. I pushed him to his limits. I pushed him somewhere he’s never been. He’s never been outstruck, he’s never been hurt like that, he’s never had an opponent that wasn’t afraid of him at all. … He’s not willing to lose his belt for less than whatever million dollars. He knows that belt is close to being lost, so he’s doing whatever he can to avoid fighting me again.

“He’ll go to heavyweight, ‘I’ll take my first loss at heavyweight, are you guys happy now? You saw me get knocked out by Ngannou,’ I think that’s kinda what he’s thinking. Do everything he can to avoid that to keep his legacy, to keep his belt. Possibly go up to heavyweight and maybe beat Francis and now OK now I can make a run at the heavyweight title.”

Do you think that Dominick Reyes won his first fight with Jon Jones at UFC 247?