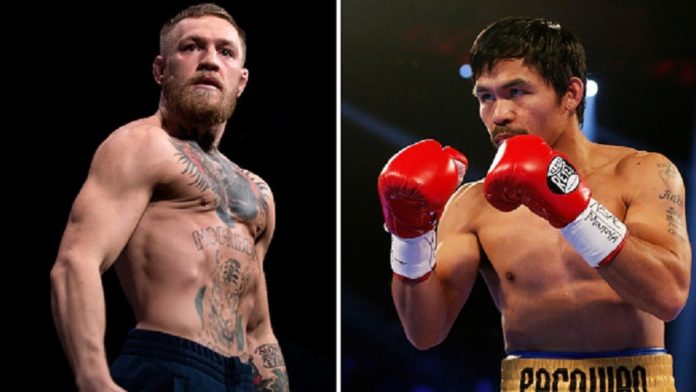 The former two division UFC champion Conor McGregor seems to be heading back to the boxing ring once again. According to the Irish superstar himself, his next fight will be against none other than Manny Pacquiao. ‘The Notorious’ shared the announcement on his Twitter account on Friday.

Anyway all water under the bridge who gives a fook.
I’m boxing Manny Pacquiao next in the Middle East.— Conor McGregor (@TheNotoriousMMA) September 25, 2020

The now 32 year old martial artist has only fought once as a pro boxer in his career. That was in late August 2017, where he faced the undefeated Floyd Mayweather Jr., losing via TKO in the 10th round.

It will be a true honour to have faced two of the greatest boxers of the modern era, afraid of a fight.

McGregor has not fought since his victory against Donald “Cowboy” Cerrone back in January at UFC 246. Prior to that, the former “champ-champ” fought and lost a lightweight title fight against the current reigning UFC champion Khabib Nurmagomedov, at UFC 229 in October 2018.

Even though it was McGregors boxing debut, the event sold record breaking pay-per-view numbers and became the second biggest selling PPV boxing event in history. Only Mayweather vs Pacquiao has bigger PPV numbers.