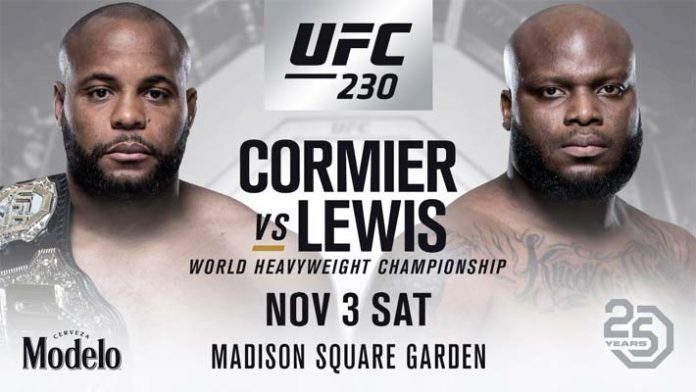 UFC 230: Cormier vs. Lewis and the Middleweight Tournament deliver the goods. Here’s the tweetdown. As much as we wanted the UFC 230 main event to live up to its hype in Madison Square Garden,

Daniel Cormier vs. Derrick Lewis for the heavyweight title

Daniel Cormier gives a UFC belt to each of his two kids and then has them answer "my dad!" when he asks "who's the champ?" That's on brand for the Daddest Man on the Planet™️

Cormier: "Brock is a beast. I know I talk a lot of trash about him, but he's a real life beast. He's a guy that is going to really push me and I'm excited about it. Can you imagine the visual of me standing across the Octagon from Brock Lesnar?"

Israel Adesanya wins the award for 2018 Breakthrough Fighter of the Year, IMO pic.twitter.com/1zvIjIg2tt

Things are getting a bit weird at #UFC230. Jared sniffed Adesanya’s “scent” on the Octagon post and then marked his own territory over it. He will now surely call out Adesanya in what may be the most creative way of picking a fight ever seen in the UFC?
Cannonier or Canine-ier? pic.twitter.com/hI9154I2Jr

Cannonier finishes Branch in round 2! What a statement for @KillaGorillaMMA! #UFC230 pic.twitter.com/c0i0p2cz0w