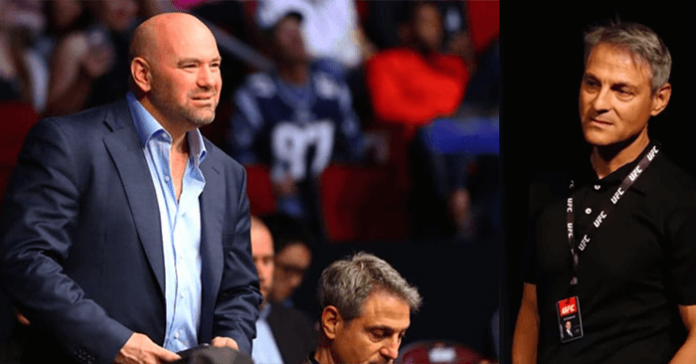 Talent agency and live events company Endeavor has agreed to acquire 100 percent of the UFC. The company currently holds a 50.1 percent share in the UFC, as per a 2016 deal.

Full Ownership Of The UFC

When Endeavor acquired the majority shares in the UFC back in 2016 for more than $4 billion, the company raised the amount with the help of several other private equity firms like Silver Lake and KKR. Silver Lake ended up acquiring 40 percent of the UFC as a result. In an IPO filing however, Endeavor disclosed that it has agreed to take full ownership of the UFC.

“We currently own 50.1% of UFC Parent’s common equity and have consolidated UFC Parent’s financial results from the date of the UFC acquisition in 2016.”

However, the UFC still played a huge part in helping Endeavor earn profits by organising events ahead of any other major sport in the United States.

Endeavor has also nominated Tesla CEO Elon Musk to join its board of directors, CEO Ari Emanuel said in a prospectus filed this week.

“As challenging a year as 2020 was, it underscored the strength, creativity, and resilience of our people who mobilized time and time again in the face of overwhelming odds,” Emanuel said. “We made difficult decisions but worked as a team to find creative solutions and best position the business for the future.

“As the global pandemic unfolded, we developed the protocols necessary to help our businesses safely restart operations, providing a model for other professional sports, events, and programs. UFC and PBR were two of the first sports organisations to responsibly return last spring, and we followed in the summer by hosting the WNBA’s season at IMG Academy. In the fall, we brought New York Fashion Week to life, becoming one of the first major events to resume in New York City.

“We believe being a public company will enable us to accelerate this mission and further the vision we set out in 1995 to build a company for where the world was headed.”

Endeavor started its journey as a talent agency, but through a series of mergers and acquisitions, the company broadened its horizons by becoming a media and entertainment conglomerate. The company manages live events including the UFC, the Miami Open, New Fashion Week, and more.

Do you think Endeavor taking up full ownership of the UFC will favour the promotion in the long run?