UFC Vegas 11 went down on Saturday night at the UFC APEX Center in Las Vegas, Nevada. In the main event, Colby Covington beat Tyron Woodley. The fight ended in the fifth round, when ‘The Chosen One’ appeared to injure his ribs and verbally tapped out.

The UFC Vegas 11 co-main event saw ‘Cowboy’ Cerrone earn his first ever draw against Niko Price. While Khamzat Chimaev made it three wins in 66 days, when he knocked out Gerald Meerschaert after only 17 seconds of the first round of their middleweight contest.

Elsewhere on the card, Johnny Walker survived being knocked down early on to comeback and TKO Ryan Spann half way through the first round, Mackenzie Dern earned a first round submission over Randa Markos, and Kevin Holland edged Darren Stewart to a split decision. 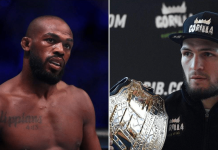 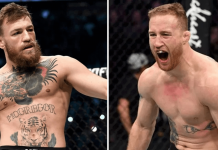 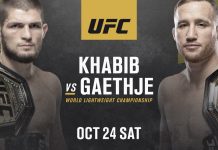